Siobhán is an Irish-Australian soprano with a Graduate Diploma of Music in Classical Voice from the Western Australian Academy of Performing Arts (WAAPA) and further vocal studies in the UK, Italy and Austria. She has been teaching singing for many years and was a vocal tutor at The Music Practice in Sydney and in her private studio at Summer Hill in Sydney. 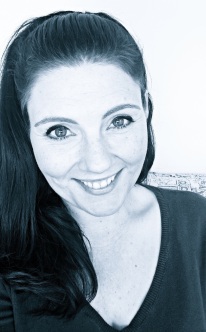 Siobhán has more than 20 years professional experience on stage, performing jazz and folk music, roles in opera, oratorio and music theatre, and touring with theatrical productions. She has won many vocal competitions, including the Australian Concerto and Vocal Competition twice, and has been awarded grants from the Phonographic Performing Company of Australia and the Australia Council for the Arts.

Siobhán has studied acting and movement at the Actors Centre Australia, Darlinghurst Theatre Company and the National Institute of Dramatic Art, and trained for many years in contemporary jazz ballet and Alexander Technique. She has a thorough understanding of bel canto singing technique and of the vocal science behind the pedagogy, thanks to her Bachelor of Science (Hons) and her experience working in biomedical fields.

Siobhán is also a violinist and has worked in string quartets, folk duos and Irish bands since she was a teenager. She has played on a number of independent albums, including a track that won Best Australian Song at the 2008 Australian Songwriting Awards.

In Vienna, Siobhán works as a freelance singer/musician and private singing teacher. She teaches private singing students at Danube International School and at her home studio in Ober St Veit. Siobhán has performed recitals at Kulturkreis 15, the Hietzing Festival and the Austro-American Society, and as a soloist at the ORF Kulturhaus, the Weltmuseum in the Hofburg, the Irish Ambassador’s Residence in Vienna, Josefstädter Straße Straßenfest, Schlumberger Kellerei, with touring Irish musician Mundy in Vienna, and for St Patrick’s Day at The Laden, amongst other engagements. In 2016, Siobhán was a guest soloist at the Reformierte Stadtkirche on Dorotheergasse and performed in their program for the Lange Nacht der Kirchen. She has also performed programs for the Lange Nacht der Museen and was invited to return to Australia in October 2016 for a concert of operatic highlights with the Barrier Reef Orchestra. Siobhán has performed for ANZAC Day commemorations in Vienna, at Schlosspark Schönbrunn for the Open Pianos for Refugees concert series, and most recently, performed recitals in the Großer Festsaal of the Amtshaus Hietzing (“Aus dem Walde tritt die Nacht”) and at Kulturkreis 15 for the third time (“Von ewiger Liebe”). Upcoming engagements include participating in the Music Distillery at Ankerbrotfabrik, a return recital at Amtshaus Hietzing (“Festliches Liederabend”) and performing at a charity Christmas concert for the Australian Embassy and Christchurch Vienna.